People who know me well will be quick to agree I fall victim to being a creature of habit in many ways.  When I find things I enjoy, I tend to stay with those things.  For example, not only do I generally eat at the same small set of restaurants, I tend to order the same food at a restaurant each time I visit.  I appreciate the advice from friends regarding mixing things up for some variety, but I fall victim to the comfort of taking away one more decision to make after a day full of decisions, and I enjoy knowing I will like what I am ordering.  One restaurant I frequently visit, however, brings out a different approach.  They have a couple ‘daily specials’, and they really promote those offerings as something which will bring people in; not things from the menu which are on special, but completely unique offerings which are only available on that day.  They rarely repeat, and they are not even always available after the peak dinner hours because of their popularity. 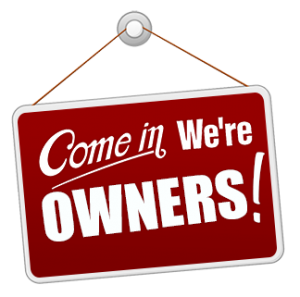 Knowing what is unique about your business and finding ways to exhibit the difference are important traits in a digital economy where consumers and employees have more choices than at any other time in history.  At Keller Schroeder, we feel strongly regarding the uniqueness of being an employee-owned business and our culture of ownership.  Our focus on employee-ownership makes us better at our mission of being a technology company in the performance improvement business and aligns perfectly with our purpose of making positive, personal impacts on our employees, our clients, and our communities.  All of our core staff employees are owners in the business, and because of our focus on sharing accountability, knowledge, and growth among those owners, we are different from most businesses.  Every employee has direct benefit from the growth of our company, so we value long-term relationships differently, our employees are empowered differently, and we share knowledge differently.  Application development, infrastructure solutions, staffing solutions, and data strategy are not inherently unique offerings where our clients have no option but to work with us.  The responsibility lies on us to be a business partner our clients choose to work with, where they value our positive impacts more than what other providers can offer.  Our ‘special’ is offering the ability for our clients to engage in those areas with knowledgeable employee-owners who work differently because of their ownership.  If you are a current client, we continue to thank you for your partnership; if you are not a client and you would like to discern if working with an employee-owned company is really a ‘special’ experience, we would love to hear from you to discuss how we might be able to make a positive, personal impact on you and your business.

Angular and React are two competing technologies that receive a lot of attention these days.  So which should your company use when developing a web application?  This article will explain some of the key differences that will help you decide if one of these frameworks should be in your future. 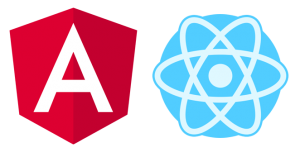 Let’s start with a short introduction and description.  Google first created Angular in 2010, followed by Facebook with React in 2013, showing both have the backing of major industry players.  Both are popular web platforms written in JavaScript, which primarily run in your browser.  Much of the code that traditionally ran on a server has migrated to your browser, and Angular and React have helped to push this trend forward.  A common goal shared by both is to decouple an application’s logic from its user interface (UI), and both strongly focus on dynamic page updates (aka AJAX) – meaning your entire browser window does not reload when updates are made, only the content that changes needs to reload. This generally leads to a much nicer experience for the user.

A common sentiment is “Why should I use Angular or React when I already have JQuery?”  Angular and React are fundamentally designed to embrace building modern applications that seamlessly update the UI and gather data via AJAX / Fetch requests.  Of course, this has long been possible, but Angular and React take this concept to the next level, often to such an extent that they are coined “Single Page Applications” – a web application that never reloads the browser window.

When building these types of applications, JQuery may no longer be the best choice.  Using JQuery requires extra code to keep the UI synchronized, a manual task that may grow complex and difficult to manage.  In contrast, both Angular and React help to automate and simplify this chore, resulting in optimum performance.

Angular is typically classified as a full framework while React is considered a library.  This means that Angular includes everything plus the kitchen sink, but React only concerns itself with the user interface.  React is more lightweight than Angular, but includes less functionality out of the box.

Which approach is better, the all-encompassing framework or the specialized library?  Well, that depends. Angular already includes all the tools you need within easy reach.  Meanwhile, React may need to be supplemented with additional libraries, but you have the flexibility to choose which ones.

Since Angular is a full framework, it naturally has a longer, steeper learning curve.  Angular also requires the use of TypeScript (a statically typed version of JavaScript), which is an additional skill that must be learned.  On the upside, Angular includes a tool for almost every scenario, so there’s usually a standardized, well-defined path forward.

In comparison, React requires less time to achieve a fuller understanding of the platform.  React does not dictate a highly opinionated architecture, allowing for better reuse of previously learned knowledge and skills.  However, due to React’s open-ended approach, there’s probably a greater risk of running astray, and developers must take special care to ensure they are following best practices.

According to a variety of sources (such as Stack Overflow, NPM, GitHub, and Google Trends), React has the edge when it comes to growth and popularity.  For example, according to Stack Overflow’s annual developer survey, React usage narrowly surpassed Angular in 2019, “a switch from last year”.  Perhaps more importantly, 75% indicated they would use React again, while only 58% would use Angular again.

Why is popularity an important metric to consider?  Primarily, it can indicate a measure of quality.  Secondly, it may also influence the amount of online resources and availability of job pool candidates.  No matter how you look at it, both Angular and React rank among the most popular web technologies, with only jQuery topping them in usage.

Both Angular and React provide great platforms to build web applications upon, and there really is no right or wrong answer.  Before making any decisions, do some research. In the end, the right technology is the one that best fits your team and the project at hand.  It could be Angular, React, or something else entirely.

If you would like to learn more about Angular or React, please reach out to our Applications Solutions Group to start a conversation with us.