During a recent trip to Rome I found myself sitting in a bank lobby seeking to conduct the most simple of transactions – exchanging some dollars and euros. This was the first time in my life I found myself completely uncomfortable in a bank. Banks in America make it their priority to help you feel comfortable the minute you walk in the door. In that bank lobby in Rome, the employees seemed to be as friendly, competent, productive, and conscientious as the ones I encounter in my home town, but there was one key element missing in this environment which caused me to feel out of place, unsure of what to do, and generally frustrated: no one spoke my language.


I’m about 10% proficient in Spanish, and maybe 80% proficient in English (depending on who you ask), but I only eat Italian; I don’t speak it. I found one person at that bank who spoke enough English to ascertain what I wanted to do, but he and I could not communicate well enough on the exchange rate and their bank policies to give me enough confidence to execute the transaction. I ended up getting that done at the bank down the street with an English-speaking employee who was no more competent than those in the first bank, but who was far more useful to me. 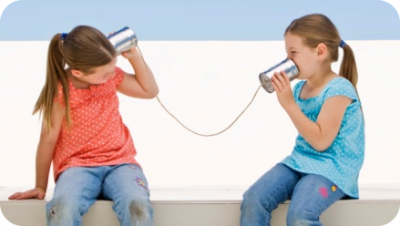 If you are an IT person, chances are your customers have at times felt the same way I felt in that bank in Rome. They know you are smart and you want to do the right thing. They know you work hard, but they question why it takes so long for you to accomplish certain things for them. They know they need you, but it is often painful to get what they want from you. The core problem: you are not speaking their language. And if they are your customers, then it is your job to speak their language, not vice versa. Speaking their language is more than simply eliminating acronyms and technical jargon; it also requires an understanding of how your customers see their marketplace.


At Keller Schroeder, we know what business we are in, and it’s not the IT business. We are in the performance improvement business, helping our clients leverage technology tools and services to more successfully achieve their objectives. We work hard on our “language skills”, doing our best to communicate often complex technical solutions in a way that connects well with an audience of varying backgrounds. And yet, we sometimes miss the mark. We fall in the trap of being right, and competent, and conscientious, yet not understanding our audience and communicating with their background and knowledge base in mind. If you experience a language disconnect with us, we hope you’ll call us on it.


What language are you speaking with your customers? That may turn out to be a more important question than how much your solution costs or how well it works. When IT people are doing great things but not communicating effectively, they lose credibility with their customers. Without credibility, there is no buy-in. Without buy-in, business of any significance will not get done. There may be activity, but not value.


To earn confidence and make an impact, it is not enough to deliver solutions on time and within budget. You need to be fluent in the language of the customers you serve.

I’ve never been big on fads. Quick fixes aren’t my game. I believe in the “no pain, no gain” philosophy and I don’t do shortcuts. So when Keller Schroeder decided to jump into mobile app development, my first choice for a strategy was to use all native tools. I wanted a pure approach that kept us close to the OS and gave us the greatest ability to tap into device features. And I was not afraid of asking the team to dig in and learn new platforms and tools – they’re a talented bunch and I knew they were up to the challenge.


But I gotta tell ya… there are a couple things in my makeup that supersede my need to never back down from a challenge. It’s my desire to get things done efficiently and with a high degree of quality. So, when many client discussions that started with building an iPhone app quickly turned to, “how much more effort is it to add an Android version”, it didn’t take long to see that doubling the development time (and the cost) was not going to be an efficient way to get these projects done. So we sought out alternatives and settled on a tool called Xamarin.


Unlike other mobile development tools we investigated, Xamarin isn’t a code generator; wizardy app builder; or wrapper type of tool. It’s a cross-platform development tool that allows you to use C# to build your apps and use that same code across iOS, Android, and Windows Phone development. Now that’s MY kind of efficiency!


There are two major advantages to using Xamarin:


Most organizations have either considered or implemented some degree of desktop virtualization. Whether the reasons are tied to endpoint expense, endpoint manageability, support for a mobile workforce, or some combination of those and other factors, one of the key considerations in the design process is the ability for centralized storage to support the I/O patterns that come along with having a high concentration of workstations running in a virtual environment.

The user experience in virtual desktop implementations (VDI) is in many ways directly tied to storage performance. The workload on the storage system can increase dramatically at times of days when large numbers of users concurrently start virtual workstations. Periodic virus scanning software or updates can also generate spikes of disk activity that are significant when they happen concurrently for large numbers of users accessing shared storage.


Nimble Storage arrays, built on Nimble’s Cache Accelerated Sequential Layout (CASL) architecture, are designed to provide performance that adapts to those demanding I/O patterns and to deliver a positive user experience. CASL consists of a combination of flash for read cache and write optimized storage layout. This enables Nimble Storage platforms to provide extremely high performance and to adapt to the changing I/O patterns required in virtualized environments.

Nimble Storage also provides efficiency with respect to the cost of desktop virtualization by compressing data as it is being stored, reducing required space by as much as fifty percent without a negative impact on performance. The combination of VMware View Linked Clones and Nimble Storage zero-copy clones also allows system administrators to set up virtual desktops without requiring full copies for each system, even further increasing storage efficiency.


If you are considering virtualization of your server or workstation environments, or are dealing with changing requirements in your existing virtualized environments, contact your Keller Schroeder Account Manager to discuss how our technical team can add value in helping you design and implement solutions which improve the performance of your business. 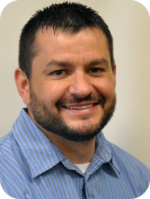 Lee has over 11 years of experience in the Information Technology field. He was the lead Network Administrator for a large healthcare organization where he designed and implemented the Cisco network infrastructure including Route/Switch, Security, and Wireless. He also assisted in maintaining the Microsoft Active Directory domain services in an environment with over 300 servers. His most recent efforts have been centered around planning and designing networks for several small and medium businesses for all infrastructure areas including Local and Wide Area Networks as well as voice and data servers. In addition to these infrastructure projects, he has acted as the lead deployment and troubleshooting engineer for a large radiation therapy manufacturing company where he focused on network connectivity and server systems on the radiation machine. Within his role at Keller Schroeder, Lee supports clients’ Networking, Microsoft, VMware and NetApp Virtualization solutions. Lee is a Senior Systems Consultant.

Lee and his wife Beckie have been married 16 years and have 4 children, Brayden, Ava, Easton and Owen. His free time is filled with family, camping and CrossFit!

Contact the Keller Schroeder Account Team to learn more about Lee and how you can leverage his experience and skills to benefit your organization.

Each year since 2009 our clients have participated in a customer satisfaction survey rating Keller Schroeder, which is administered by Microsoft and required of all of their Gold competency partners.  We are very pleased to receive high marks again this year (below) and so appreciate the trust and confidence our clients have for Keller Schroeder.  Thank you!

Links to past results: